BEST SITES TO VISIT IN SWITZERLAND

In addition to fine chocolates and luxurious watches, Switzerland has a lot to offer you. Let yourself be charmed by its many mountains, medieval towns, pristine lakes, fairy-tale castles and much more … Discover it with our selection of the 7 best destinations to visit. 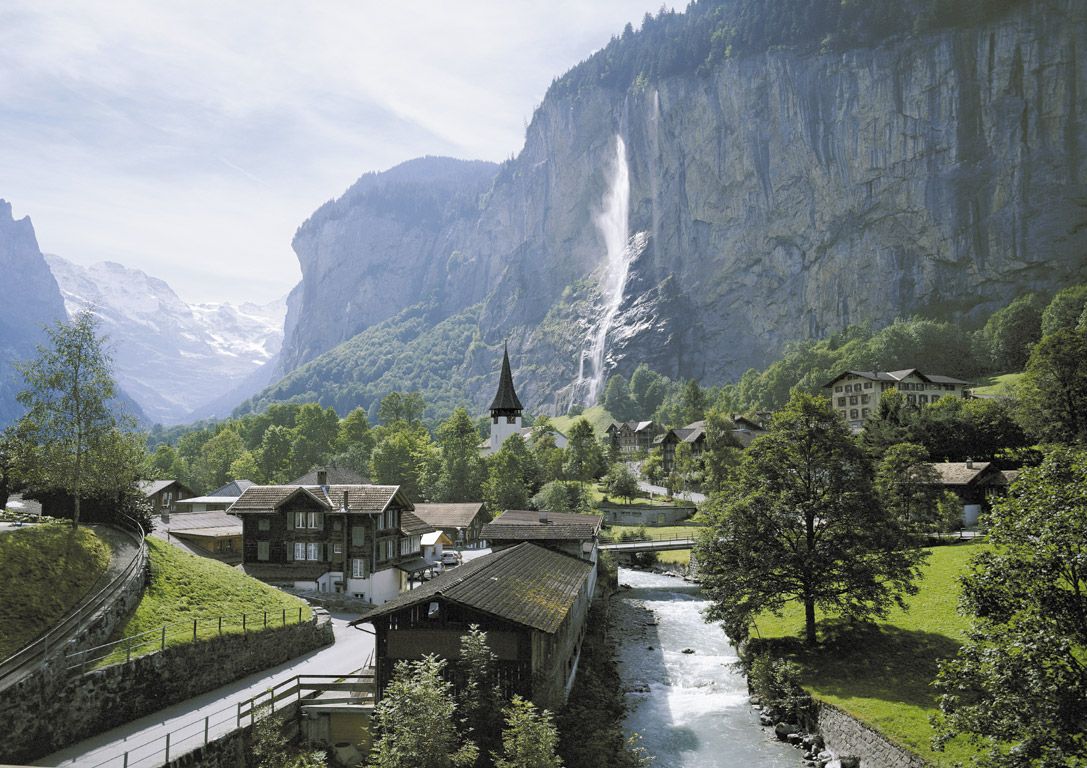 Made up of the highest number of peaks in Europe, Switzerland is a destination of choice for lovers of height. As proof, the Jungfrau region alone has the Jungfrau, Eiger and Mönch mountains, iconic destinations in the Swiss Alps. Thus, in the comfort of your seat enjoy breathtaking scenery with the Jungfraubahn train that transports you to more than 3454m.

Among the most beautiful attractions of Geneva and even of Switzerland, one finds the famous fountain of Geneva. Proud symbol of the city, it is more than 140m high that its jet of water is projected, designating it as the largest fountain in the world. Fun fact; even from the areas it is unmissable. During the summer and fall seasons, the magic sets in thanks to impressive light plays that illuminate the waterfalls of this famous fountain. Notice to those who wish to observe it very closely, the pier of stones on the left of Lake Geneva is the place par excellence, but beware, a single gust of wind and you will be soaked to the bone!

With more than 500 medieval castles and fortresses, Switzerland has something to keep you entertained. By cons, among this vast choice, the Château de Chillon is a must. Composed of 100 buildings and located on the shores of Lake Geneva, this historic monument is one of the most visited in Switzerland. Open every day with optional guided tours, entrance fees for the castle are CHF 12.50 for adults and CHF 6.00 for children. Discounted rates are available to students and retirees

While you can take a gondola or a cable car to the summit of the beautiful Mount Rigi, also called “The Queen of the Mountains” the option to take the oldest rack railway in Europe, the Rigi Bahnen, may charm you. So, start your journey from Arth-Goldau or Vitznau and notice to pass holders “Swisspass” the entrance of this historic train is free for you!

Far from being the most popular of its country, the capital of Switzerland still deserves a visit thanks to its charming medieval center. Surrounded by the beautiful river Aare, you will have access to its small cobbled medieval streets, Renaissance fountains and unmissable churches. A leap in time that will not leave you indifferent! As proof of its unique character, since 1983 the city is proud to be part of the UNESCO World Heritage Sites in addition to possessing a significant amount of properties designated significant for the national heritage. Several visits are offered to those who wish to know more about the region. 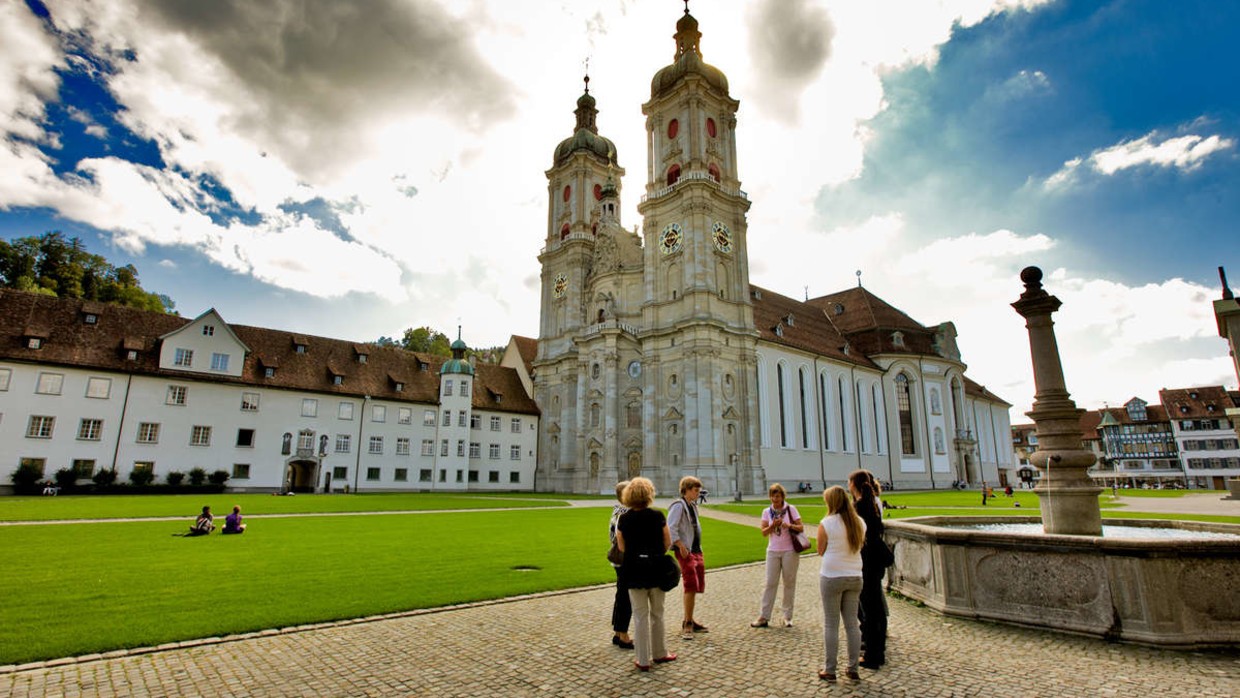 Considered the most popular attraction in St. Gallen, this magnificent cathedral is one of the most important baroque monuments in Switzerland. Created in the 8th century, its religious and intellectual importance is confirmed by its incomparable library where one can find the most important collections of medieval books dating from the 9th century. UNESCO World Heritage Site since 1983, the cathedral is open to the public between 8 am and 6 pm every day except during the hours of religious service. His dominion is Roman Catholic. 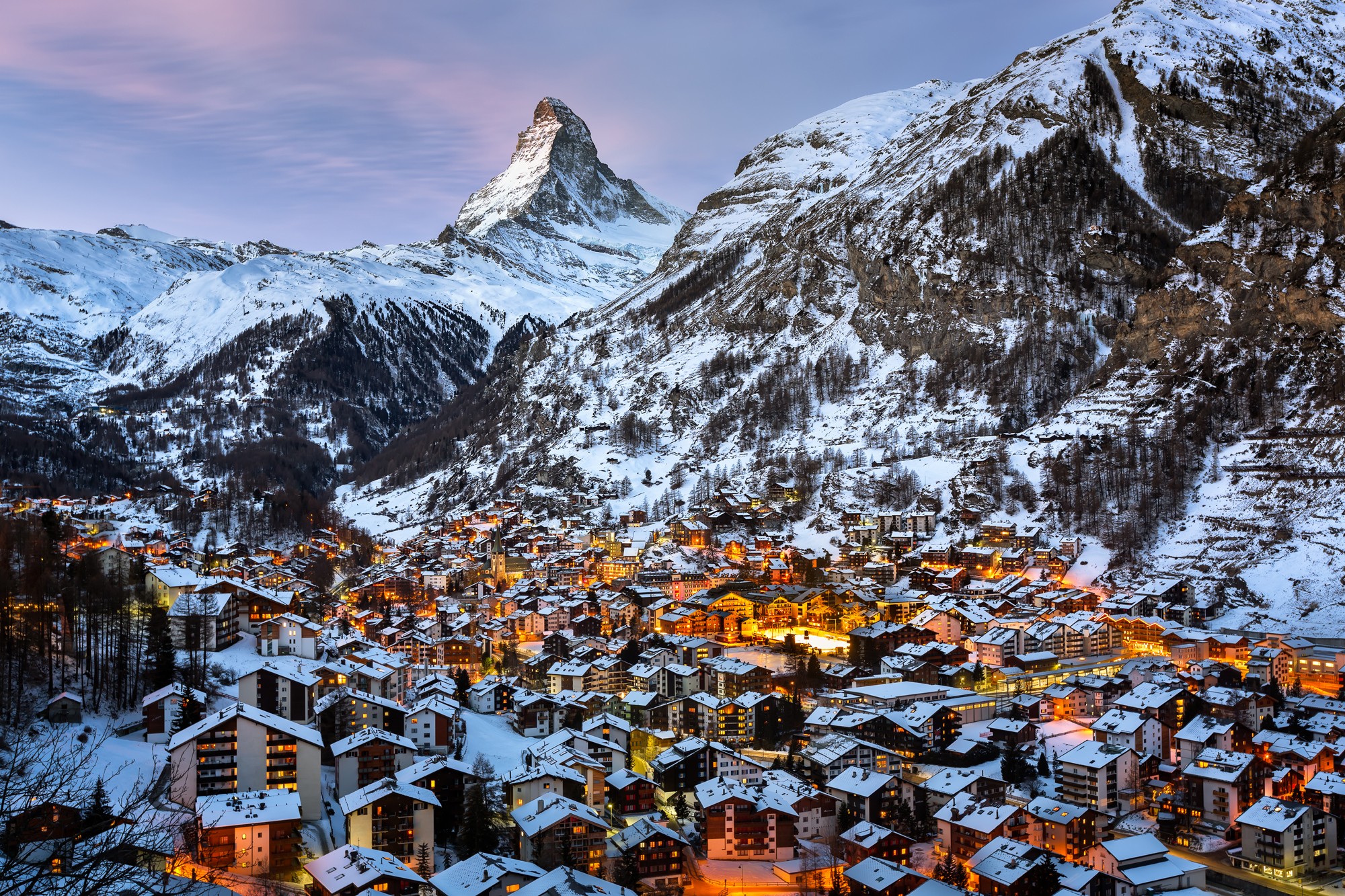 Photographed in almost every possible angle, the impressive Matterhorn is more than just an iconic show; he is a national symbol. Rising to 4478m, it is one of the highest peaks in the Alps and also one of the deadliest. The most popular route to the summit is the northern ridge Hörnli and is also the most popular in summer. However, this is the ideal route for hiking enthusiasts, because in addition to enjoying a spectacular view of the summit of the ridge at Gornergrat you walk to the lake where the presence of the Matterhorn sparkles into the water.

Switzerland on a Cheap Budget

6 Most Beautiful Lakes in Switzerland You Must Visit